As a black woman, I was tired.

I was tired of explaining myself, people touching my hair, being disrespected, feeling vulnerable, unappreciated, fighting everything that was set up against me, struggling to break the glass ceiling and trying to bring my brothers and sisters with me.

I needed something to renew my spirit so I knew it was time to visit the motherland. Picking a place wasn’t hard because Ghana launched its “Year of Return” movement. This movement was related to the history that happened 400 years ago from August 2019. The first document slaves that were removed from their land, families, and homes arrived in America. I’m thankful that I had an opportunity to visit this country during this time because it was VERY refreshing to interact with people who looked like me and understood why I was there.

I didn’t know what to expect on this trip, but I knew I needed it. I’m a young black woman who was slowly becoming discouraged. Initially, I didn’t realize how much this trip would change my life and bless me with more than I sought out. This trip was about the world’s dark history that relates to the post-slavery era we are living in today. Shoutout to the NY Times 1619 project that helped me understand my journey. Ghana and the 1619 project taught me so much about history that is never discussed so let’s dive into a few topics that stood out to me.

When slavery started, people were removed from their families and forced to work without or with minimum compensation. The plantations they worked on ran like businesses. A large amount of the organizational practices and policies we follow today were instilled back then. Read more about it in Caitlin Rosenthal’s book Accounting for Slavery: Masters and Management. Slaves had to meet a certain cotton quota every day. If they surpassed that number then the daily quota was increased. If they didn’t make that new number they were beaten.

Slaves continued to work although they were physically/ mentally tortured. When I was in the Elmina Slave Castle I entered a dungeon that had a skull above the entrance. This room was dark, musty, humid, and had no windows. You could sense the pain of the souls who died in this room decades ago. This room was used to kill any men who tried to rebel against the slave owners. The men were chained together and were not allowed to move from the room until they died. Where they went to the bathroom and slept was the same place. Any slave who entered this room was eager to die first. Sometimes the dead body would be left chained to another living slave as mental torture. 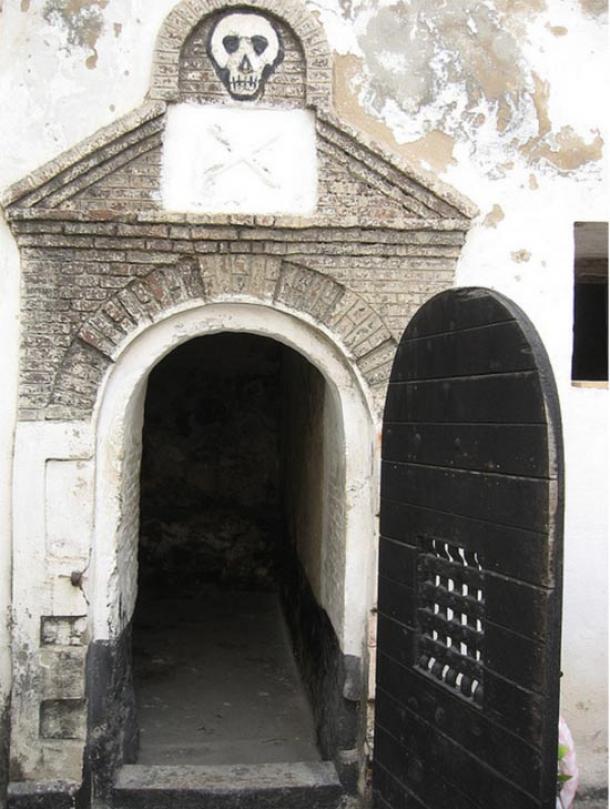 In the slave castles, the white slave owners would purposely pick rooms that overlooked the black women dungeon so they can pick who they were going to rape during the night. The black women were also close by so they could see what happened to any woman that refused sex. Sometimes the boyfriends/ husbands of these women were demasculinized by being forced to watch the rape happen.

Regardless of the way blacks were treated, at the height of slavery, the combined value of all enslaved people was MORE than that of all the factories and railroads of the nation combined.

To keep their spirits up and hope alive my ancestors relied on music. It’s what they were talented in and what brought them together. Unfortunately, they were forced to use their talents as entertainment for the white slave owners. Some of the slave owners loved their talent so much that they decided to imitate and mock the culture of black people. This was the birth of blackface. After the civil war blackface became so popular that black people started to dress up in it just to make money to support their families.

Slavery is such a complex subject so no wonder why the American school system does a horrible job of teaching it. What they don’t teach us is that when emancipation came, slavery wasn’t over. Besides the percentage of slaves that found out about freedom later #juneteenth, the other percentage of slaves that did find out were never given the resources to learn what it means to be free. You can tell a person their free, but how do you destroy the slave mentality. They didn’t know what to do or where to go so they lived in abandoned prisons and churches. Good hygiene was hard to keep so sickness started to spread and this was the birth of the healthcare epidemic.

Black health alone can be a whole book on its own. Gynecology was founded using slaves and now today black women in New York are 12x more likely to die while giving birth when compared to white women.

America has a magical way of brainwashing and twisting the truth. For example, let’s be honest with kids… Christopher Columbus stole this land from the Native Americans. It’s lies like this that makes me resent the American flag. But my view on the flag has changed because this country was founded on the blood and sweat of people of color. Who knows where this country would be without my ancestor’s work?

Regardless of what happened in America 400 years ago, my people have been enslaved longer than we have been freed and my race still has not been wiped out. My black skin symbolizes resilience and I am FOREVER THANKFUL for the work and sacrifices that my ancestors have done. It has literally laid the ground for me today. This trip made me realize why I can’t give up and why as people we need to continue to do everything in our power to continue their fight until we obtain what we deserve.

One thought on “Year of the Return”

This site uses Akismet to reduce spam. Learn how your comment data is processed.

Hey, I’m Liss and welcome to my blog! I’m a native New Yorker who travels around the world while having a full-time job and I’m a fitness junkie. What can you expect to see on my blog? Tips, Stories, Thoughts on all things related to travel, health, and wellness. Thanks for stopping by and enjoy exploring!